Earlier tonight the inaugural Annual General Meeting was held for the Parkdale Neighbourhood Land Trust. The main purpose of tonight's AGM was to give a brief introduction to the land trust, to give an overview of and pass the by-laws, and to elect the first round of community members to become directors on the board (pictured below).

Notably, the land trust has received a substantial provincial Ontario Trillium grant as it commences its work in Parkdale. The project is well supported in the community, with over 185 members joining in the past six weeks or so.

It's also interesting that the Parkdale effort has affiliated with an American land trust network in the absence of any comparable group in Canada. This is clearly a unique and consultative project that reflects a desire in the community to be proactive and counter the gentrification trend that is squeezing many residents.

Email ThisBlogThis!Share to TwitterShare to FacebookShare to Pinterest
Labels: Parkdale

Details on the Events page of this site.

Update (October 28th): This event is now sold out. Stay tuned for future events.
Posted by Nancy Leblanc at 3:30 PM

Email ThisBlogThis!Share to TwitterShare to FacebookShare to Pinterest
Labels: Events

During the last week of the federal election campaign, Justin Trudeau came to Parkdale-High Park to support Arif Virani, our federal candidate. This picture was taken at the end of the brief rally as Justin was exiting the Cadillac Lounge patio.

Posted by Nancy Leblanc at 4:59 PM

Our provincial team support during the federal campaign

Throughout the course of the lengthy federal campaign, our provincial association members consistently stepped up to help the cause here in Parkdale-High Park. Whether they were official federal days of action, advance poll days, or our own team days on which we took initiative, the provincial team was there. We had a positive result and our federal candidate Arif Virani was elected. Here are some of the photos from our days on the streets. Thanks all for coming out and making a difference. 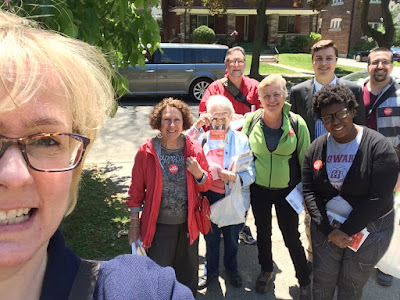 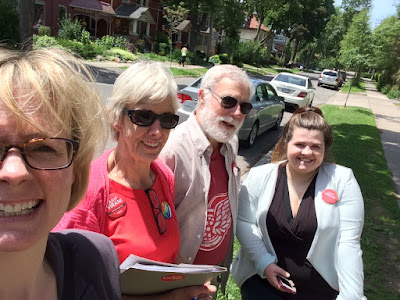 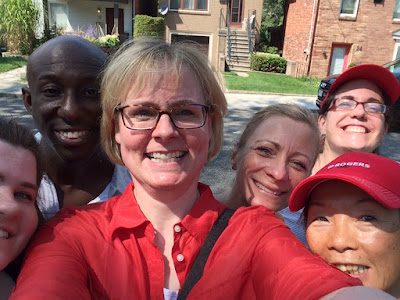 Posted by Nancy Leblanc at 5:17 PM