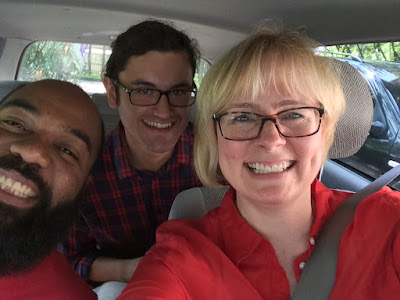 We had a great road trip on Saturday August 22nd to the riding of Simcoe-North to support Fred Larsen, the provincial Liberal candidate in the September 3rd by-election. A hearty thanks to the boys - Santiago Vega and Rick Stewart - for their professionalism and enthusiasm at the doors of our poll & for the many kilometers walked and laughs during the day. These happy photos are truth. 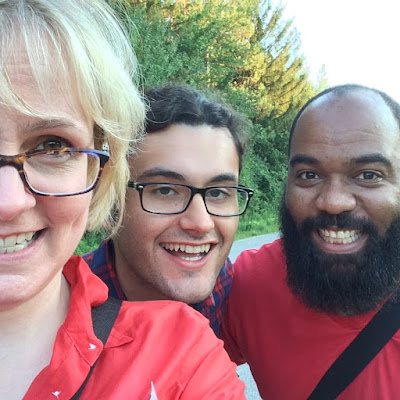 We also enjoyed the Starry Night festivities on the streets of Orillia after our day of canvassing. We were happy to meet up with Fred and his wife Lois amidst the crowds and caught up on a bit of what we had heard during the day at the doors. 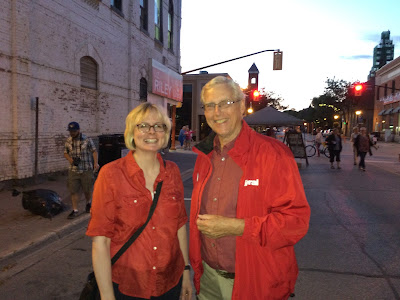 We also noted local federal Liberal candidate Liz Riley's digs, took in the music and had a burger on Mississauga Street before heading back to TO.

While Fred and the team did not prevail in a tough race against an incoming provincial leader, our team was happy to support the dedicated Ontario Liberal effort.

On election day, the PHP team delivered pizzas to the volunteers at four home centers across the Simcoe-North riding. Thanks to Toppers Pizza for the tremendous donation. 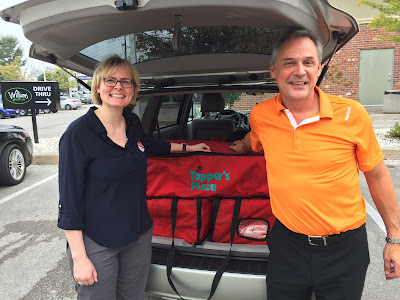