Last week I attended a tenants organizing meeting in Parkdale that was quite well attended, as you can see from the photos. 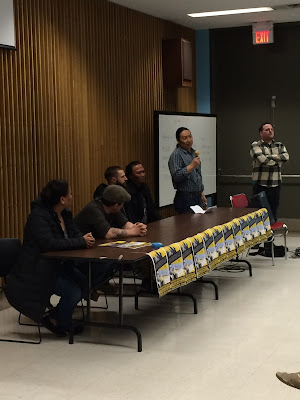 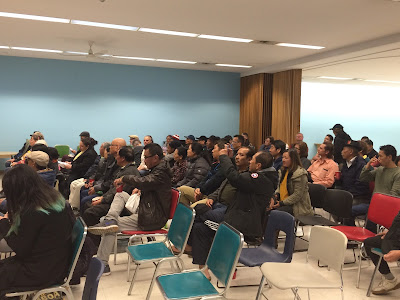 There was a hearing this morning at the Landlord-Tenant board at 79 St. Clair Avenue East at 9 am and a demonstration outside the board - part of what last week's organizing meeting was about. One of the Parkdale buildings was the subject of a hearing today on the issue of back to back yearly above guideline rental increases. Additionally, there is a group building challenge to the landlord's legal ability to remove superintendents from the site of these buildings.

When I ran during the provincial election of 2014, the difficulties tenants are having in Parkdale with this one landlord in particular, the foreign-owned Akelius, came up repeatedly. So, during the summer and into the fall of 2014, I continued to pay attention to these issues and began to try to help based on the concerns I had heard.

You can read more about the meeting here.
Posted by Nancy Leblanc at 11:44 PM